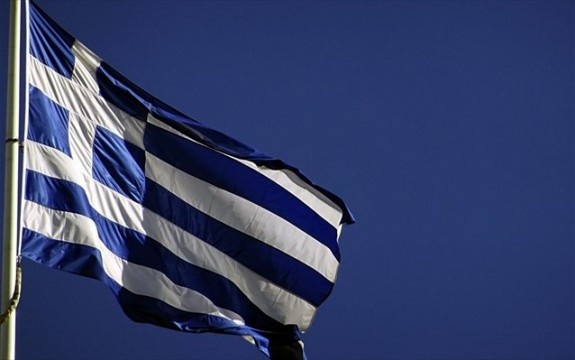 Warning: Use of undefined constant youTube_replacer - assumed 'youTube_replacer' (this will throw an Error in a future version of PHP) in /var/www/vhosts/siopi-law.gr/httpdocs/libr/rest.class.php on line 433


Nowadays the acquisition of Greek citizenship and furthermore the possession of Greek passport and identity has emerged as one of the greatest wishes of the Greek expatriate since it is associated with significant advantages, the most important of which is the free movement within the European Union.

Since every day we accept plenty of questions regarding the prerequisites and the procedure that a Greek expatriate should follow in order to claim officially the Greek citizenship, in this article we will try to explain in a simple and understandable way all the steps of the process and also to categorize all the cases.

I. Greek origin as the most important prerequisite

First and necessary condition in order to claim officially the Greek citizenship in the way described here is the Greek origin of the applicant, i.e. his/her origin by a Greek citizen (mother, father, grandfather, grandmother etc). For this reason, the most important step in the procedure is to find a record in the municipal archives of a municipality of Greece concerning the ancestor of the interested person. Many times, finding of these documents is a difficult procedure and for this reason it is considered essential that a lawyer contributes to identify whether the ancestor of the person concerned is registered in the official records of a municipal office.

Once an enrolment in the municipal records has been identified, most of the process involved in gathering the necessary documents, will have been completed and from then on, in order to determine the next steps to be followed, it is necessary to address the issue of time of birth of the applicant, as well as the time and the type of marriage of the ancestors of the person concerned.

II. Which procedure is followed after the identification of the ancestor of the person concerned in the records of a Greek municipality

As mentioned above, in order to determine the procedure to be followed by the person concerned to receive a Greek passport, the time of his birth, as well as the time and type of marriage of his/hes ancestors, on which the Greek origin is based, should be considered. Depending on the individual case, Greek citizenship is either acquired first by a person's declaration or is recognized as having been acquired since birth (i.e. retrospectively).

It should be noted that for the purposes of determining the category to which each person belongs, the political marriages which took place before 16.07.1982 are considered to be non-existent.

Below, we will present the ways in which a person can obtain a Greek passport:

A. Acquisition of the Greek citizenship retrospectively from the birth

Those affected by this category are considered to have acquired Greek citizenship retroactively from the time of their birth. This category includes the following persons:

- People born by a Greek father and a foreigner (irrespective of nationality) mother, within an existent marriage until 16.07.1982,

- People born by a Greek mother and a foreigner (irrespective of nationality) father, within an unlawful or non-existent marriage until 08.05.1984,

- People born by a Greek father and a foreigner (irrespective of nationality) mother, after 16.07.1982, with the type of marriage of parents being irrelevant,

- People born by a Greek mother and a foreigner (irrespective of nationality) mother, after 08.05.1984, with the type of marriage of parents being irrelevant,

- People born by Greek parents (mother and father), with the type of marriage of parents being irrelevant.

B. Acquisition of Greek citizenship by a declaration (not retrospectively - Article 14 of the Code of Greek Citizenship

On the other hand, for the persons who do not fall into the above categories and cases, the legislator has taken special care, by providing a specific procedure for these persons to receive Greek citizenship, but not retrospectively from their birth (only for the future). This category includes the following persons:

- People born by a Greek mother and foreigner (irrespective of nationality) father in an existent marriage until 08.05.1984 (Article 14 (1) CCI). It should be noted that this category includes also the children born between 18.07.1982 and 08.05.1984 in a civil marriage held during that period, since the civil marriage was legally recognized as valid from 18.07.1982,

- People born by a Greek father and a foreigner (irrespective of nationality) mother in a non-existent marriage until 16.07.1982 (Article 14 (2) CCI).

III. How to file a request and necessary supporting documents

In order to claim the Greek citizenship, the people of the aforementioned categories must submit an application to the General Secretary of the Decentralized Authority (Article 25 CCI). According to the document No. 130181/20611/14 / 10.06.2016 of the Ministry of the Interior, if the person concerned resides in Greece, the request for determination of nationality is filed by the person concerned himself in his personal presence before the competent Decentralized Administration, accompanied by a copy of the current passport and his/her residence permit or a valid entry visa. While the person's personal presence is deemed necessary at the time of the initial filing of the request, then the briefing of the case or the required correspondence or the deposit and receipt of documents can be made through a proxy attorney.

On the other hand, if the person concerned resides abroad, he/she may either apply in person to the relevant Greek Consular Authority of his/her place of residence or to provide a power of attorney to a Greek lawyer before the Greek Consulate of his/her place of residence, so that the latter can directly submit the request to the relevant department of the Decentralized Administration.

*Our office has extensive experience in immigration law and internatioanl law (residence permits, citizenship, naturalization, deportation, asylum applications, etc.). For more information or legal advice, please do not hesitate to contact us at +30 2313 079293 or by email at info@siopi-law.gr*